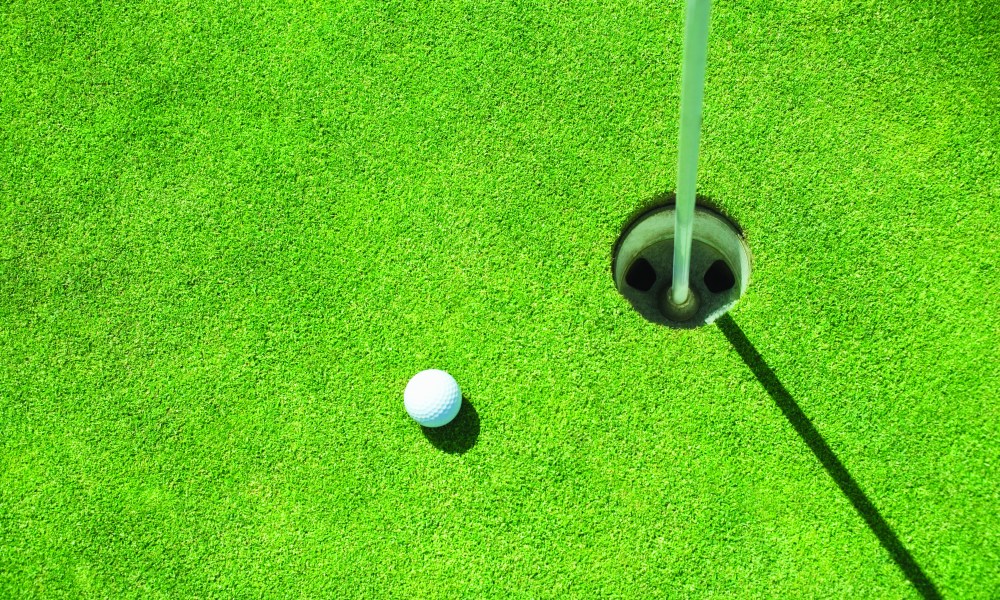 Legendary golfer Bobby Jones once said that when it all comes down to one shot, nothing is more frightening than having to make a short putt. The thought of a putt less than 3 feet creates an expectation that you should make it. But because you place enormous pressure on yourself that you can’t miss the short ones, you end up sabotaging your effort.

Jones went on to say that a golfer’s mind plays tricks, imagining all of the different ways to miss. In his book, “Bobby Jones on Golf,” he stated:

“I shall never forget my feeling as I prepared to hole my last putt at Scioto, in Columbus, Ohio, to win the United States Open in 1926. The thing could not have been over 3 inches in length. Yet, as I stepped up to tap it in, the wildest thought struck me. ‘What if I should stub my putter in the turf and fail to move the ball?’ I very carefully addressed the putt with my putter blade off the turf and half-topped it into the hole. Sounds a bit psycho doesn’t it? But golfers can get that way.

The fact that the great Bobby Jones revealed his inner demons goes to prove that no one is immune from the short putts that may be missed. Let’s examine a list of famous golfers who missed short putts to lose a major championship or big event:

• Doug Sanders, 1970 British Open. He missed a 3-foot putt on the final hole of regulation and lost an
18-hole playoff the next day to Jack Nicklaus. He never won a major after this event.

• Craig Stadler, 1985 Ryder Cup. Missed a 14-inch putt that would have won his match. Europe went on
to win.

• Joe Daley, 2000 PGA Tour Q-School. A 2-foot putt went into the cup, hit the liner and bounced out. He missed his Tour card by one shot.

Each of these players put themselves in position to win. Somewhere along the way, they made great drives, approach shots and were successful on the greens. But under duress, even great players can miss putts. Missing is a real part of playing the game and the fine motor skill of putting. Many of these players got over their short misses and went on to have great careers. But for others, such as Sanders and Hoch, even though they went on to win many other tournaments and are remembered as strong players, neither would win a major.

The result of a short putt is pure honesty. Either the ball falls into and stays in the hole, or it misses. Putting is about rolling the ball into a 4¼-inch hole with the entire world around it. For many golfers, putting is the simplest part of the game and they love the aspect of being somewhat masterful at rolling the ball into the hole. For others who become a bit obsessed and serious about the putting aspect, a short miss is a stroke lost forever.

Nowhere is the psychophysiological impact greater than stepping into a 2-foot putt and stroking the ball only to see it slide by the hole or rim out. The fallout is nauseous and instantaneous. It is a visceral and emotional blow to the gut. It is as if someone has just sucker-punched you.

Missing a short putt at the end of the day may be devastating, but many golfers fear the short putt on their first hole, because if they miss they are doomed to a day of shattered confidence. What ensues is a series of “hit and hope” strokes and a high score.

To turn it around and play your best, here are a few ideas on how one can get through the fear and build putting confidence.

Take the time to be thorough in going through your pre-putt routine and never take a short putt for granted. This doesn’t mean to be tedious or delay play, but most missed short putts are hurried or missed through carelessness versus anxiety or fear-ridden strokes. Be committed to your plan and execute your stroke.

2. Have a specific entry point into the hole

Because the putt is over in an instant, the precision of where you want to start and end your putt is crucial to your success.

3. Your putting routine should be fluid

Your fine motor muscles and eyes should be continually moving until you initiate your stroke. Becoming stiff and tense over a short putt is absolute murder.

4. Gaze at the back of the ball

Before initiating your stroke, focusing on your point of contact ensures you make a square hit and solid contact with the ball.

Prior to taking your final look at the point of entry and coming back to the ball, open your mouth and allow your body to gently exhale the breath before you initiate the stroke. Holding your breath creates tension within the chest and shoulders.

Having a clear plan and executing it as well as you can helps ensure that you will hit the putt squarely.

Give yourself the chance to make your putt by insisting that this is how I am going to hit this putt at this moment. If you are going to miss, miss with the conviction that you are trying to make the putt.

8. Missing is a part of great putting

All great putters do miss putts, but they do not allow missing to affect their putting confidence. If they miss, they keep on putting to make the next one.